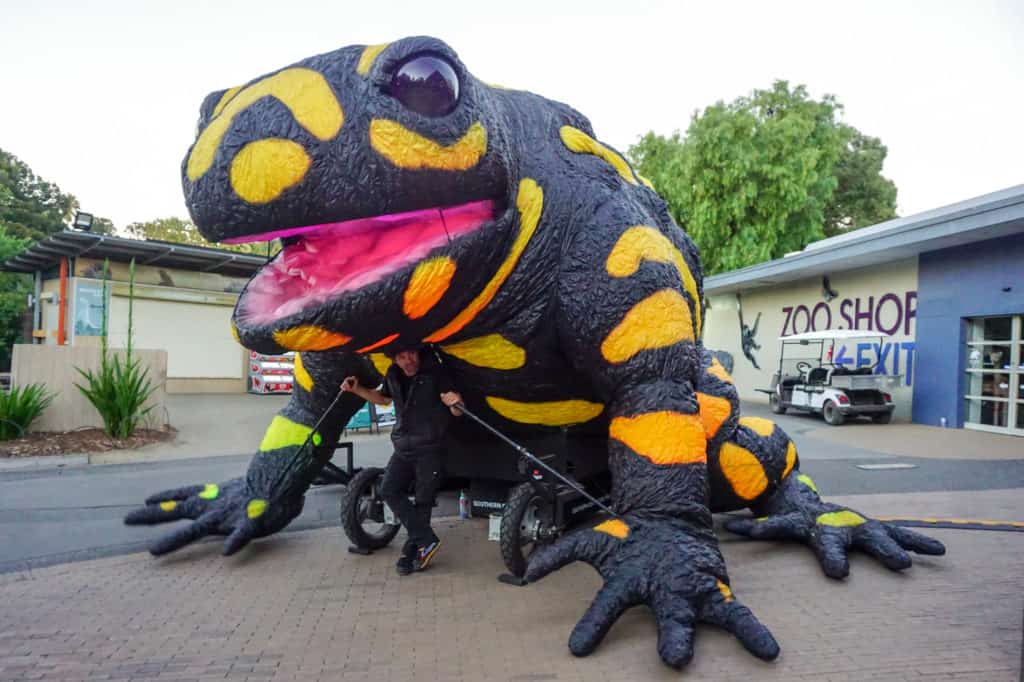 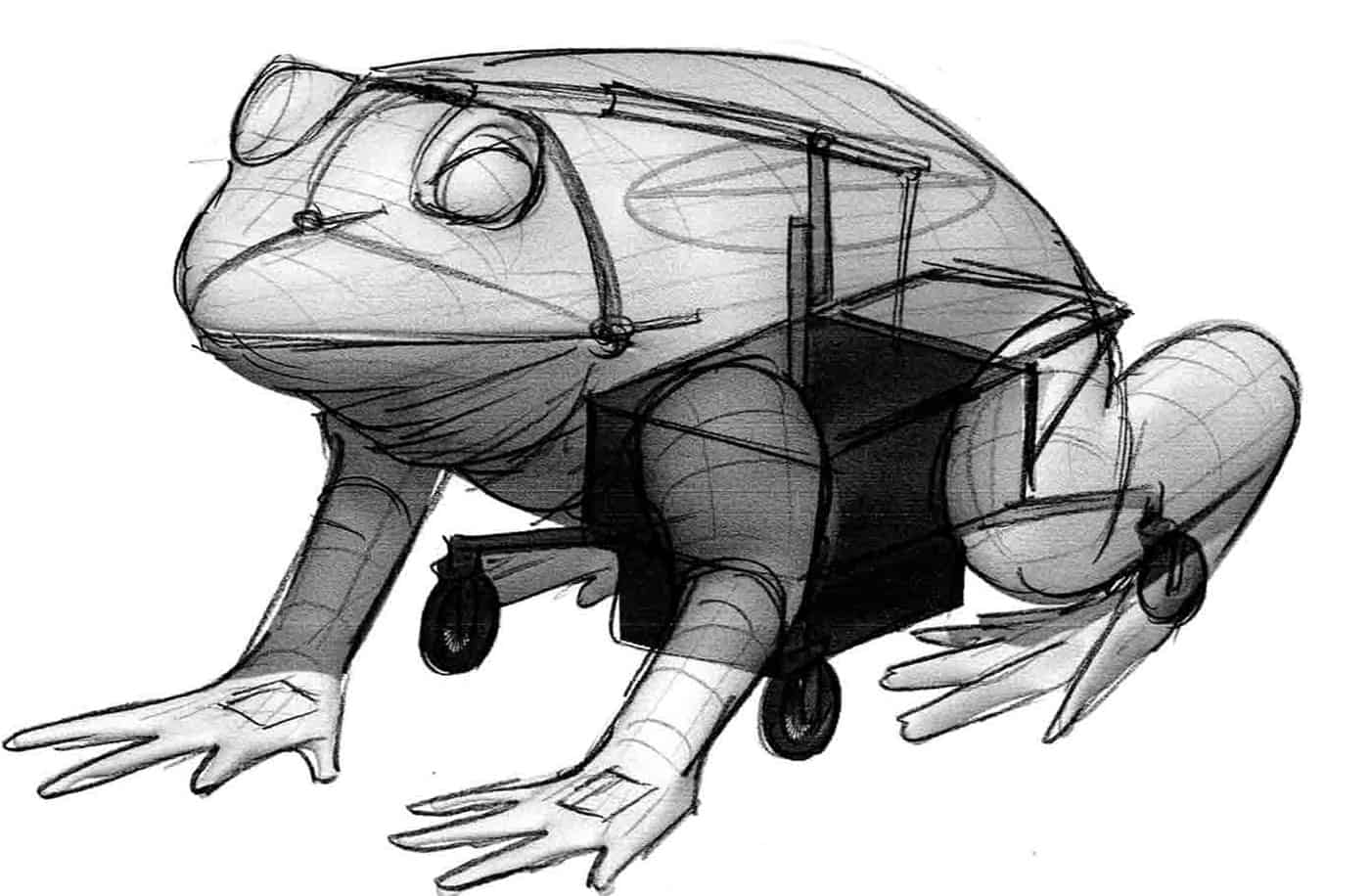 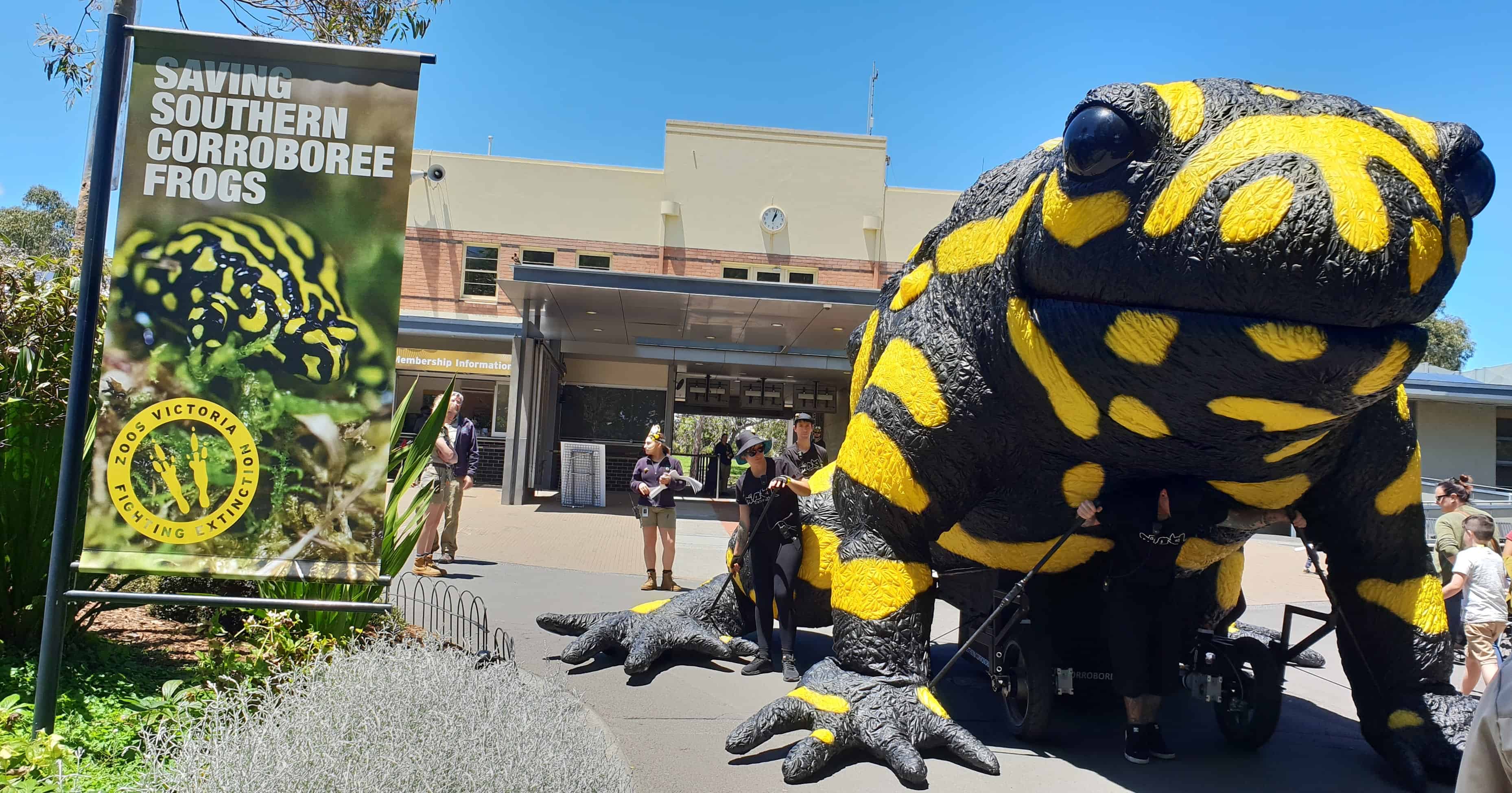 The Melbourne Zoo approached us in 2018 with ideas to increase the awareness of a critically endangered frog called The Southern Corrobboree Frog. This tiny, but very striking black and yellow striped frog is found in alpine areas in Victoria, Australia and thought to have only 100 individuals left in the wild.

With a focus on children and audience interaction, we designed and built a massive inflatable Southern Corrobboree Frog. The puppet can replicate the unique movement of the real Frogs, which crawl, not hop like you might expect. The puppet sits over our low-base chassis system which neatly houses the electronics and speakers. It is operated by 5 puppeteers and allows for great audience interaction, it can walk/ crawl, dance and “hi-four”.

The frog has programmable soundscape and lighting effects, including soft fades and “disco mode” and has been a real hit at Melbourne Zoo where it performed on-site for a 38 day run over 2018/ 2019 and more recently a 16 night run in April 2019. We hope after enjoying our Southern Corroboree Frog puppet more children will be interested in the Frog and its future.