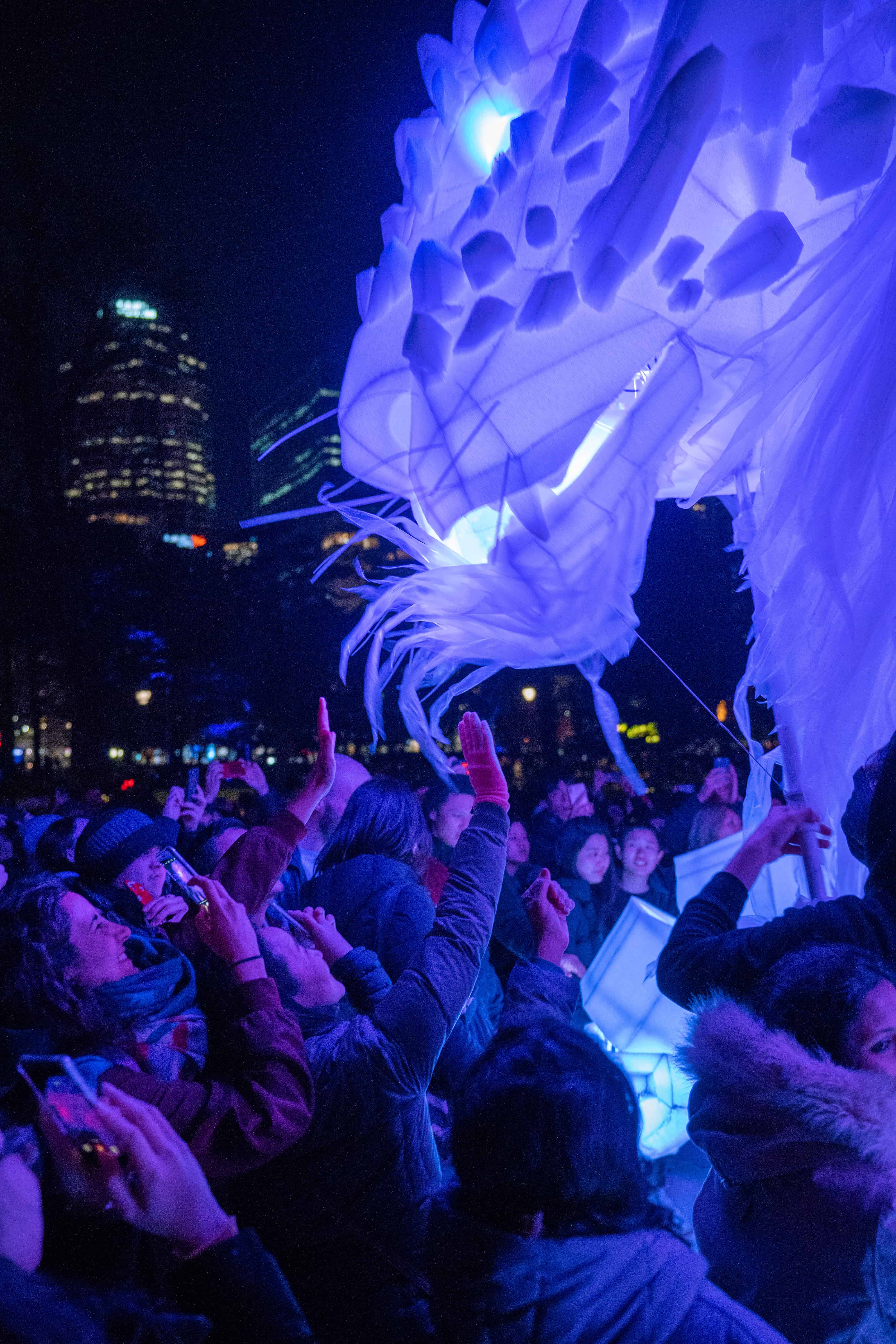 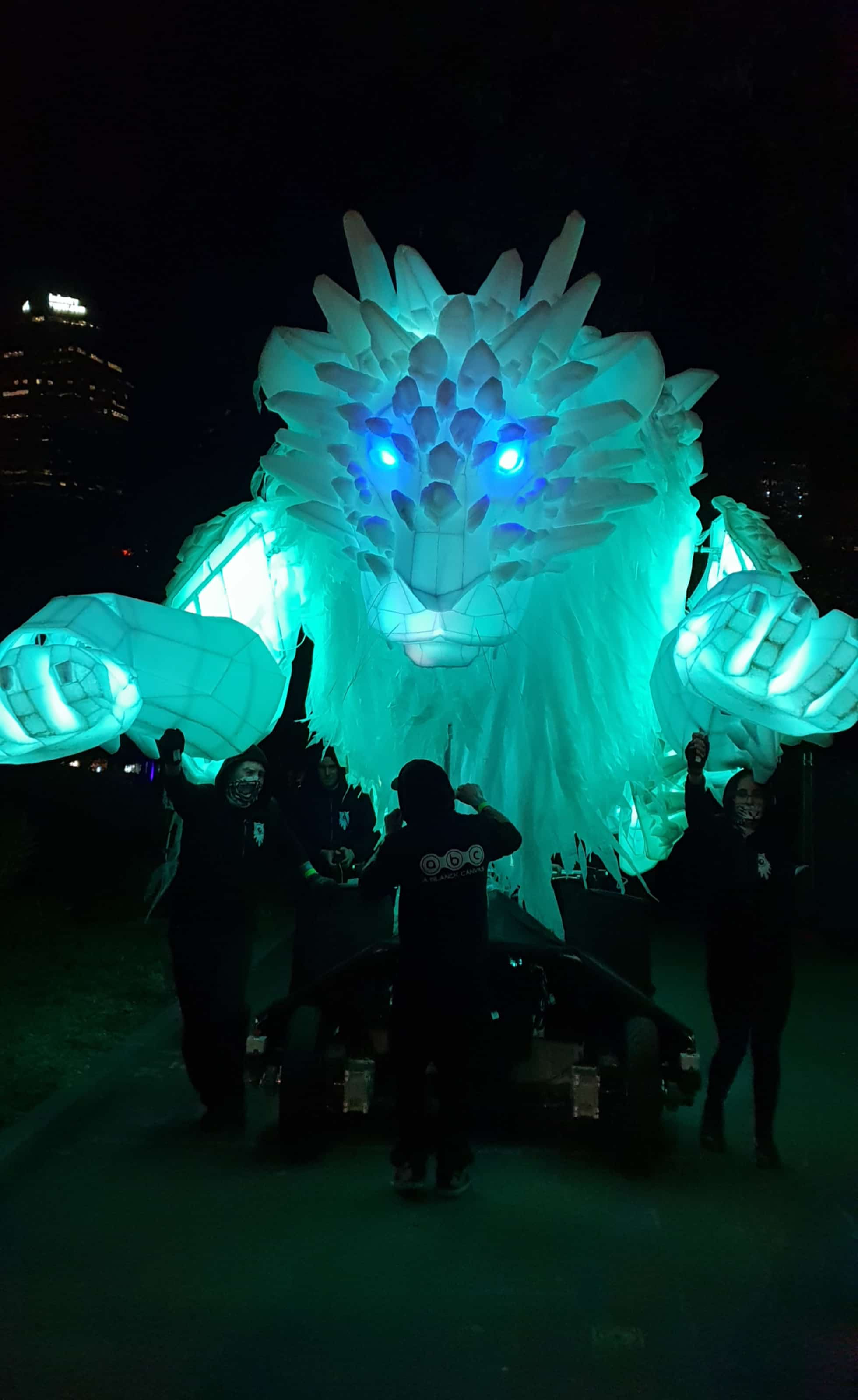 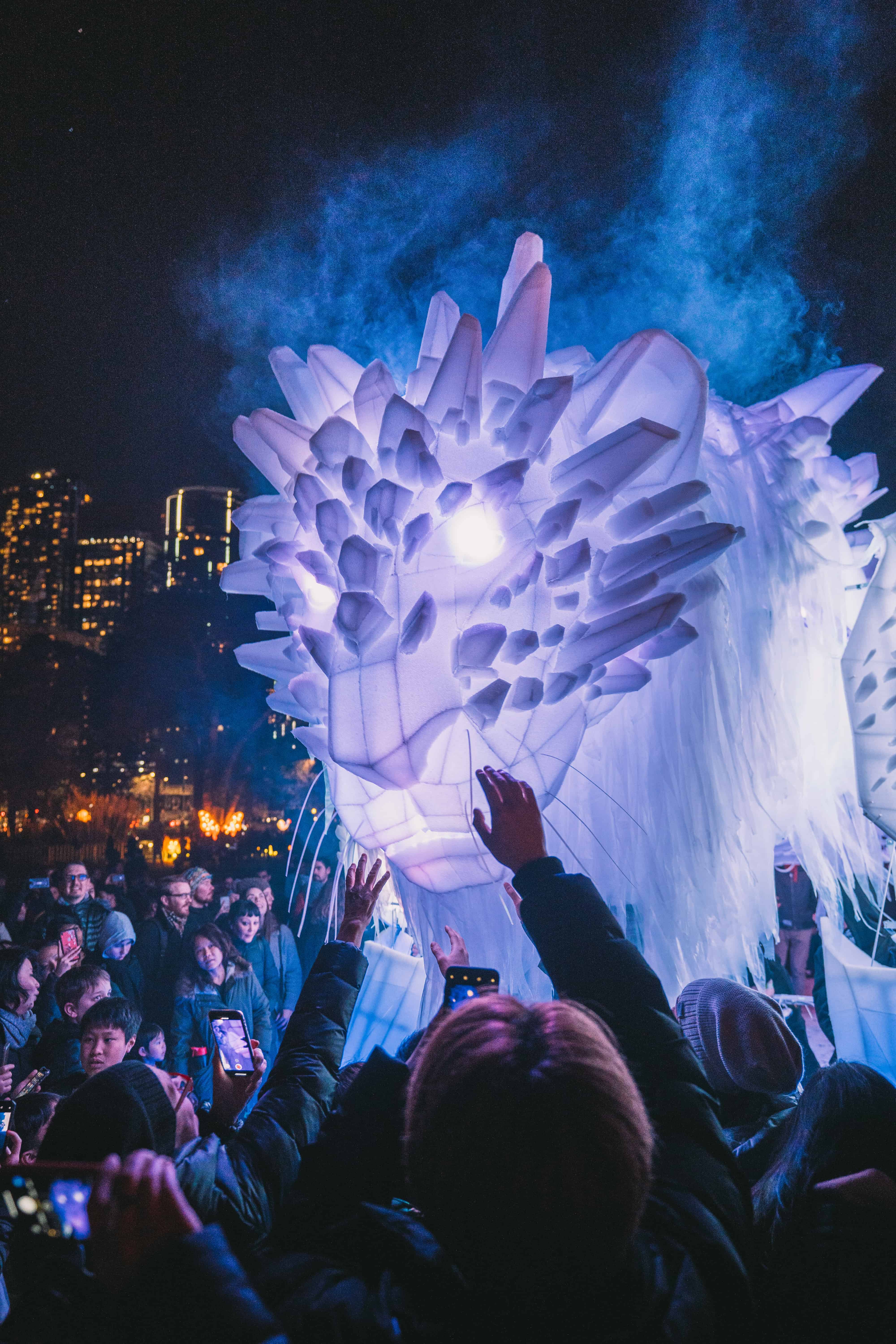 Our largest and most ambitious creature to date, “The Guardian” is an imposing creature reminiscent of a giant lion. The Guardian is approximately 10 metres long and 4 metres high and was originally built for the popular White Night Melbourne festival in 2019.

Giant, crystal-like shards cover the creature’s head and body which glow and change colour as it moves through its environment. It’s graceful mane flows around its statuesque face. Like a creature from a dream, The Guardian saunters through and safeguards its kingdom.

Reimagining the traditional art form of puppetry by scaling-up, and blending it with new technology including sound, smoke, wind and lighting effects, The Guardian is brought to life by eight talented puppeteers.

Constructed with engineered aluminium framework this iconic creature is supported by A Blanck Canvas’ signature low base steel chassis system which allows for slow and purposeful movements. With endless opportunities for movement and audience interactions during any given performance, the Guardian also performs static. This in itself is impressive as onlookers take the chance to get up close to the creature and marvel at its scale. When static, puppeteers can activate lights, sound and smoke and puppeteer the head, mouth and neck.

The beautiful ambient soundtrack by the talented Soup Campbell is sprinkled with wild roars that make audiences hair stand on end!