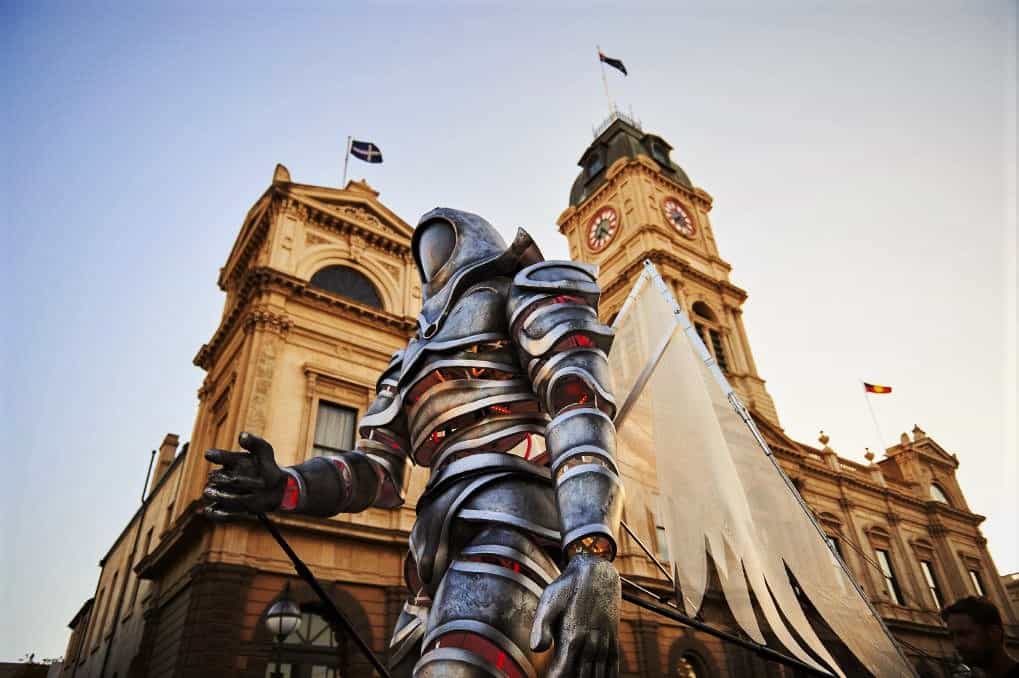 One of our recent iconic creatures, “The Messenger” is a giant humanoid puppet, built and performed for the massive White Night Melbourne festival which attracts over 600,000 people. More than five meters high and with wings that span six meters, The Messenger is an awe-inspiring, futuristic archangel that transcends nationality and religion to spread its message of love and compassion, highlighting that our similarities are more important than our differences.

The Messenger is operated by a counterbalanced, boom-arm chassis (weighing about 800 kg) which gives it the ability to walk as well as fly off the ground. It moves slowly and purposefully, almost as though it is on the moon. Projections appear on the face and transitions between different ages, genders and nationalities. When extended, the wings are also projected with dreamscape patterns. Mounted on the chassis are speakers that fill the area with ambient, electronic music designed by the talented producer Thomas ‘Soup’ Campbell that synchronises with projection and lighting components. The Messenger also speaks quotations from a variety of different religious leaders, artists, musicians and authors.

Brought to life by eight talented puppeteers and performers, the White Knight Messenger draws on light, colour, cross-cultural iconography and human diversity to act as a guardian of the night, overseeing the crowds and ensuring the wows!