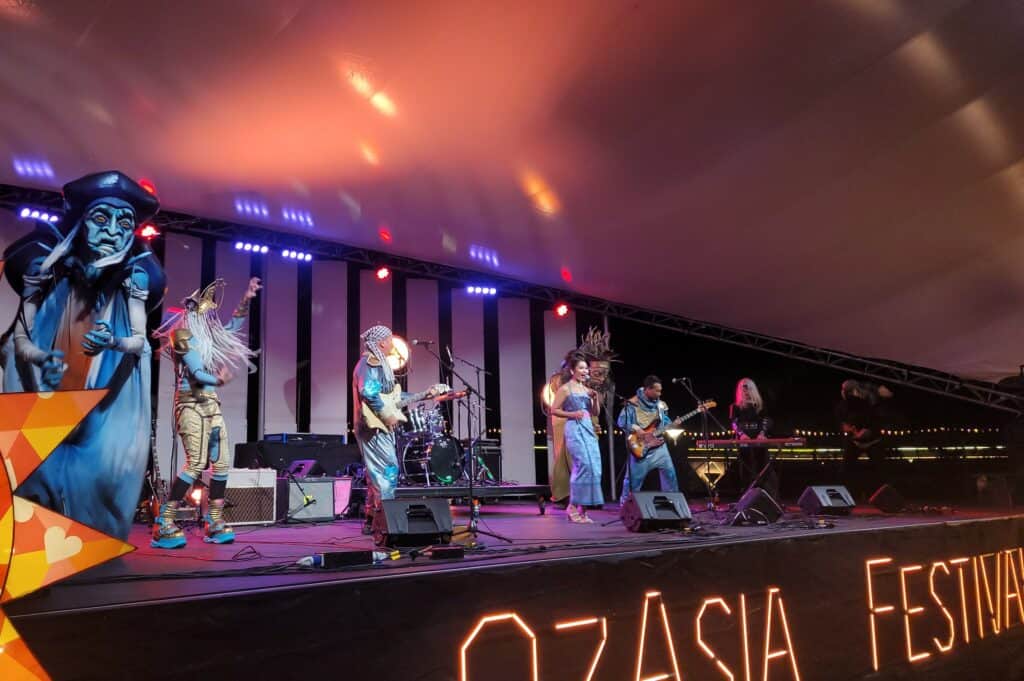 The Rat Catcher of Angkor Wat

The Rat Catcher of Angkor Wat is an almost indescribable show; a collaboration between A Blanck Canvas and the Cambodian Space Project that has been years in the making. It performed in late 2022 as part of OzAsia Festival.

Part theatre piece, including suit puppets, giant props, costumed performers and SFX, and part psyfunk concert, it tells the story of a dystopian world where cyborg rats mix with the Akkarian overlords in enslaving the peaceful and music loving Hubi.

⁠“Mad Max- like garbage men are dispatched to catch the rats, a huge durian fruit opens to reveal a part-alien, part goddess, part cat like creature with a laser rifle, and the truck unfolds to reveal the Cambodian Space Project band, performing its funky fusion of western and eastern grooves.

Is this making any sense yet? Don’t expect it to; just relax, have a boogie and try not to get freaked out if a truly monstrous rodent suddenly sneaks up on you from behind.”  – Adelaide Advertiser⁠