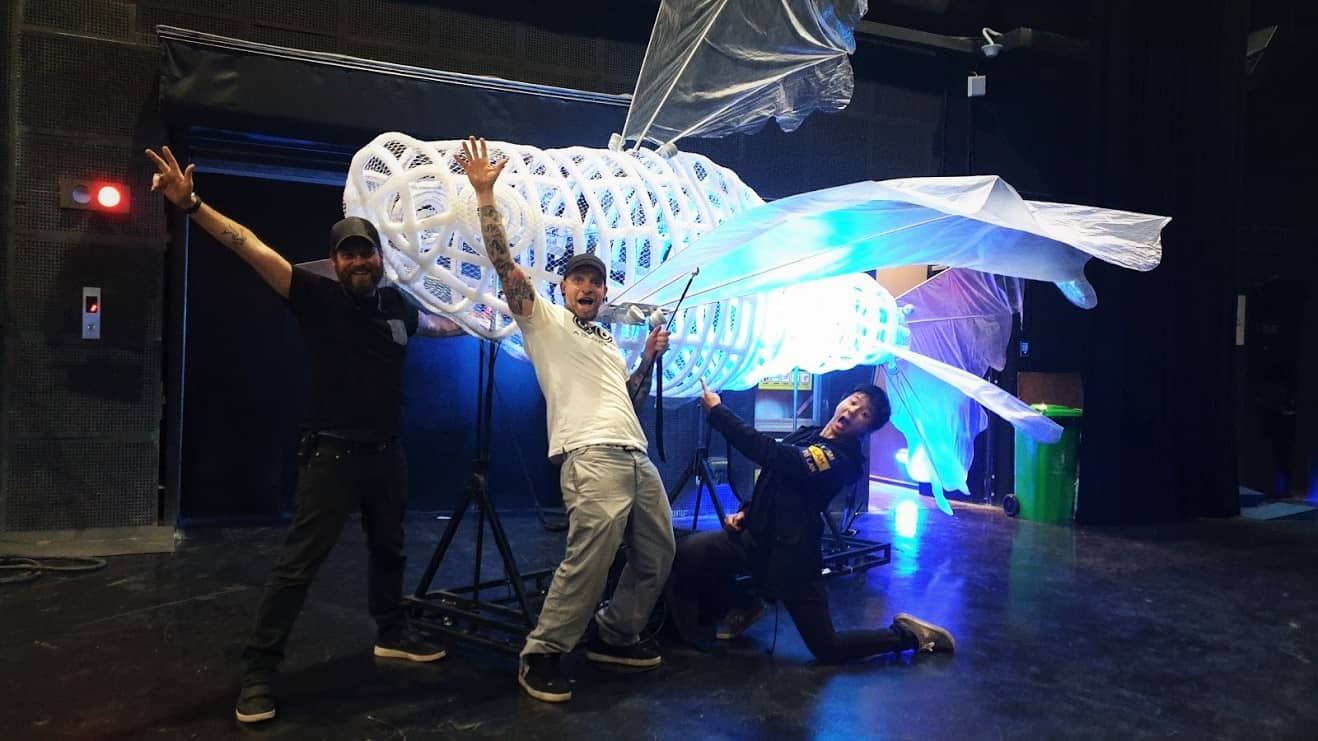 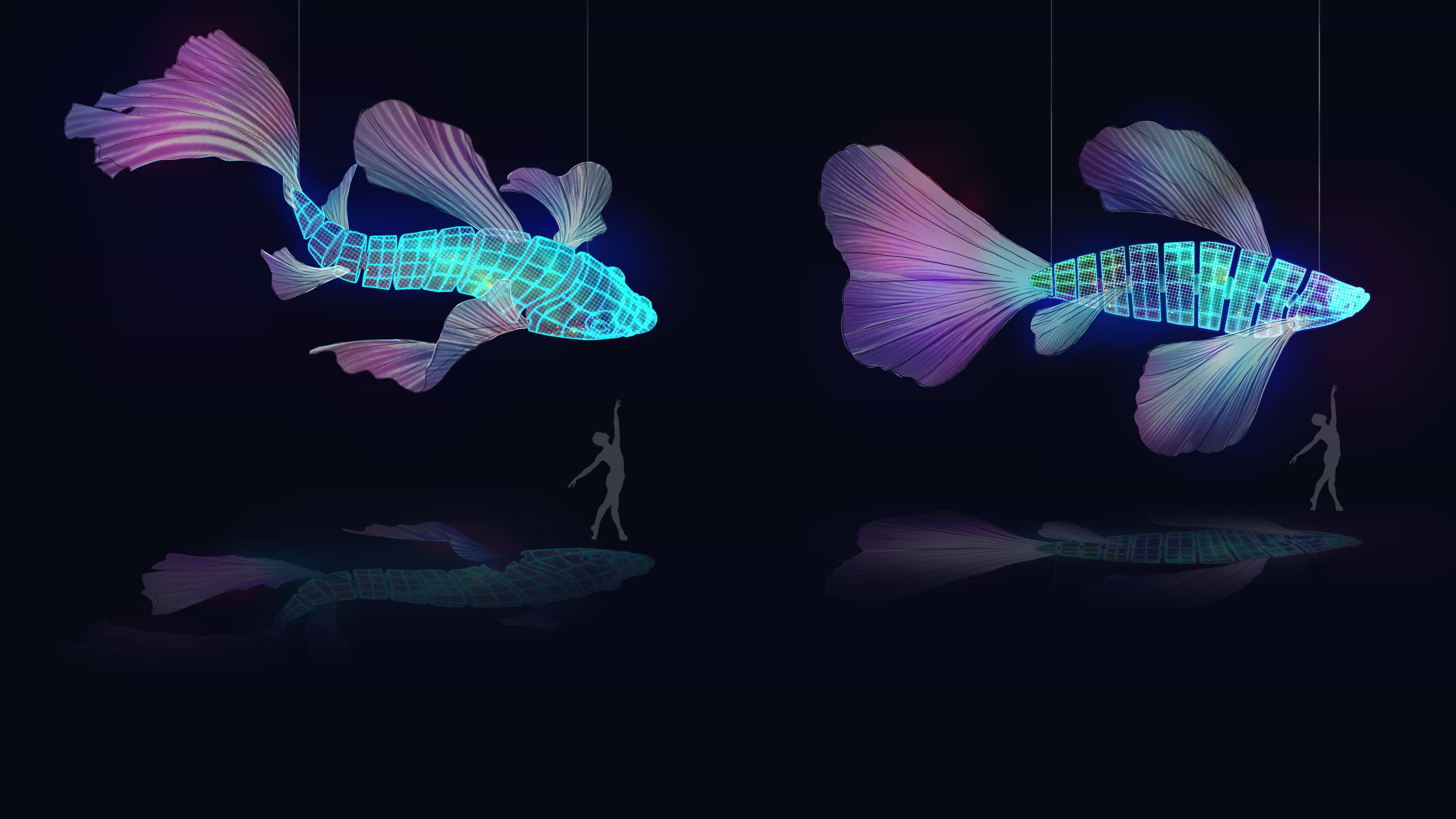 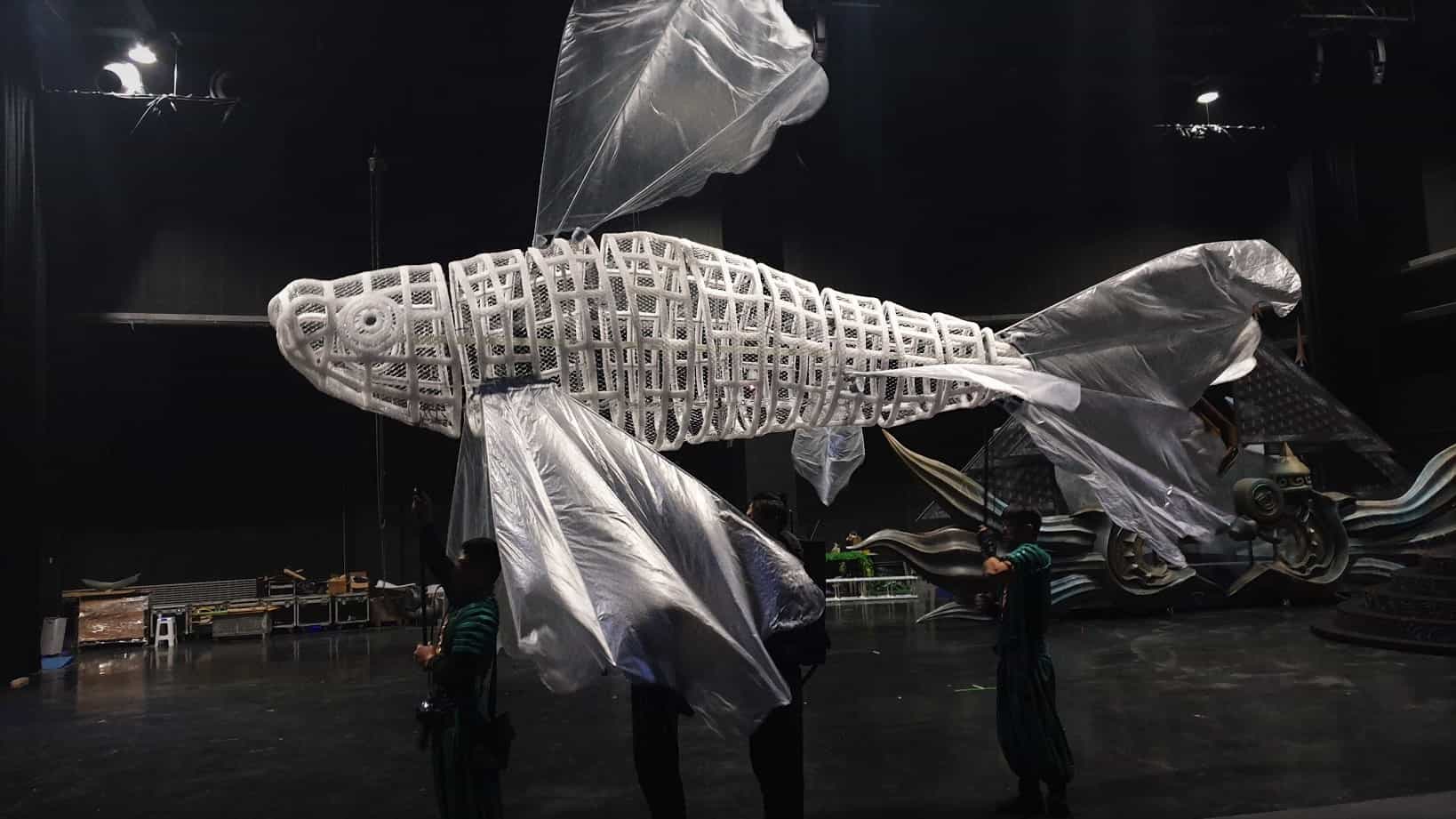 A complex segmented aluminium and polycarbonate frame allows for a fluid swimming motion. The lateral fins contain engineered mechs which show off an underwater flutter effect attributable to the use of an ultra-thin lightweight material.

The fish is operated by four puppeteers and has a beautiful pre-programmed onboard lighting control built into a small backpack worn by one puppeteer.