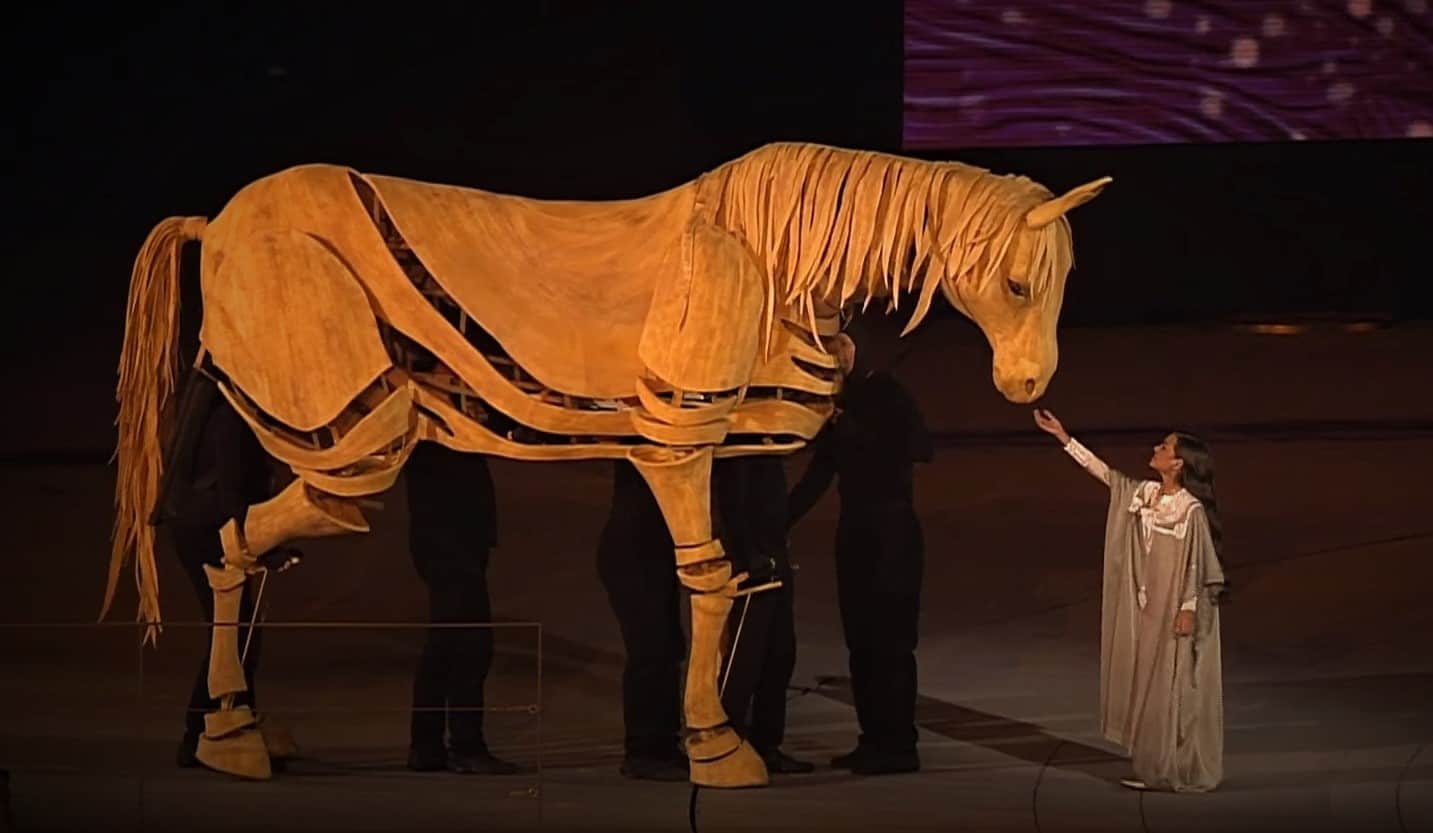 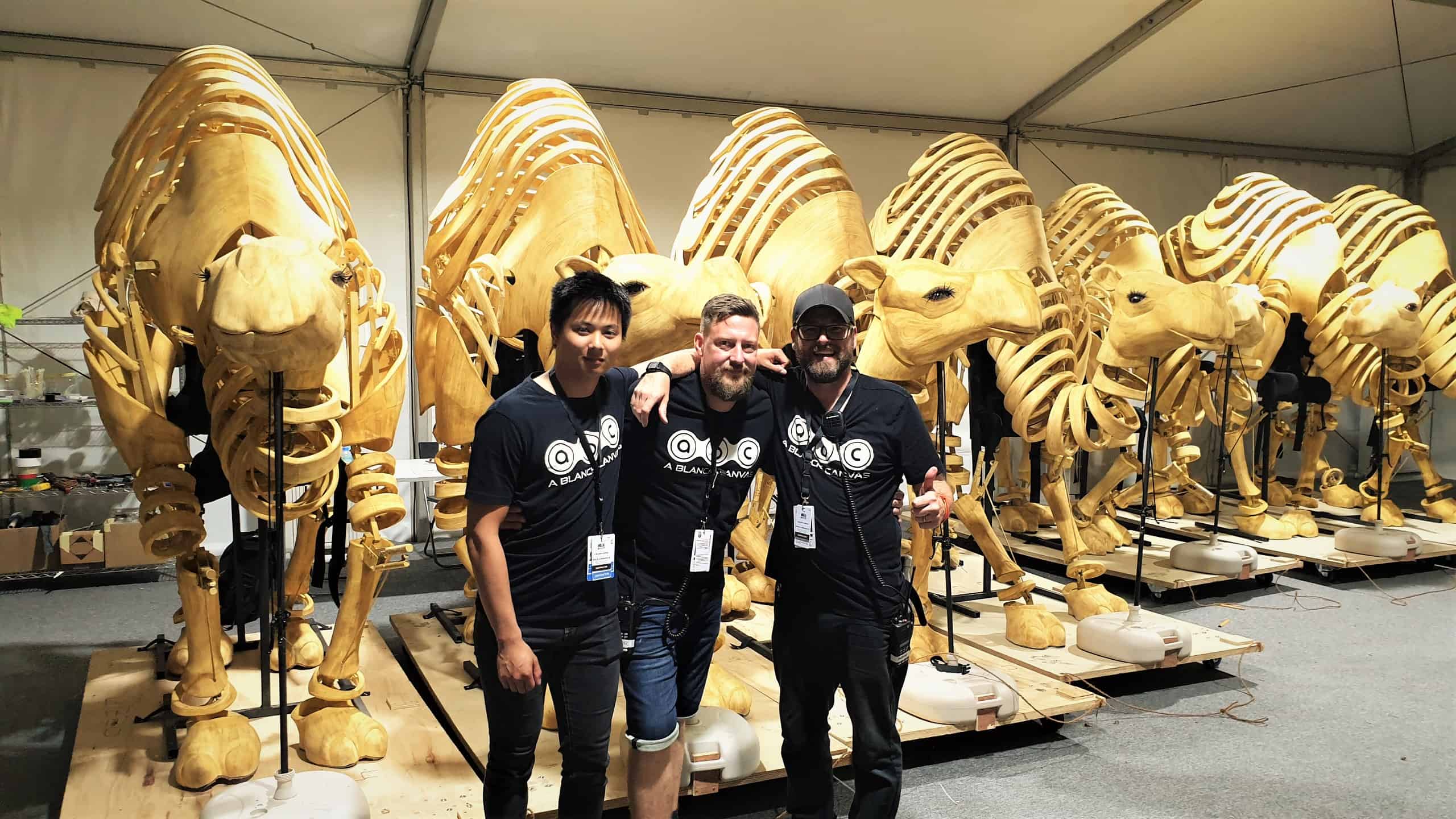 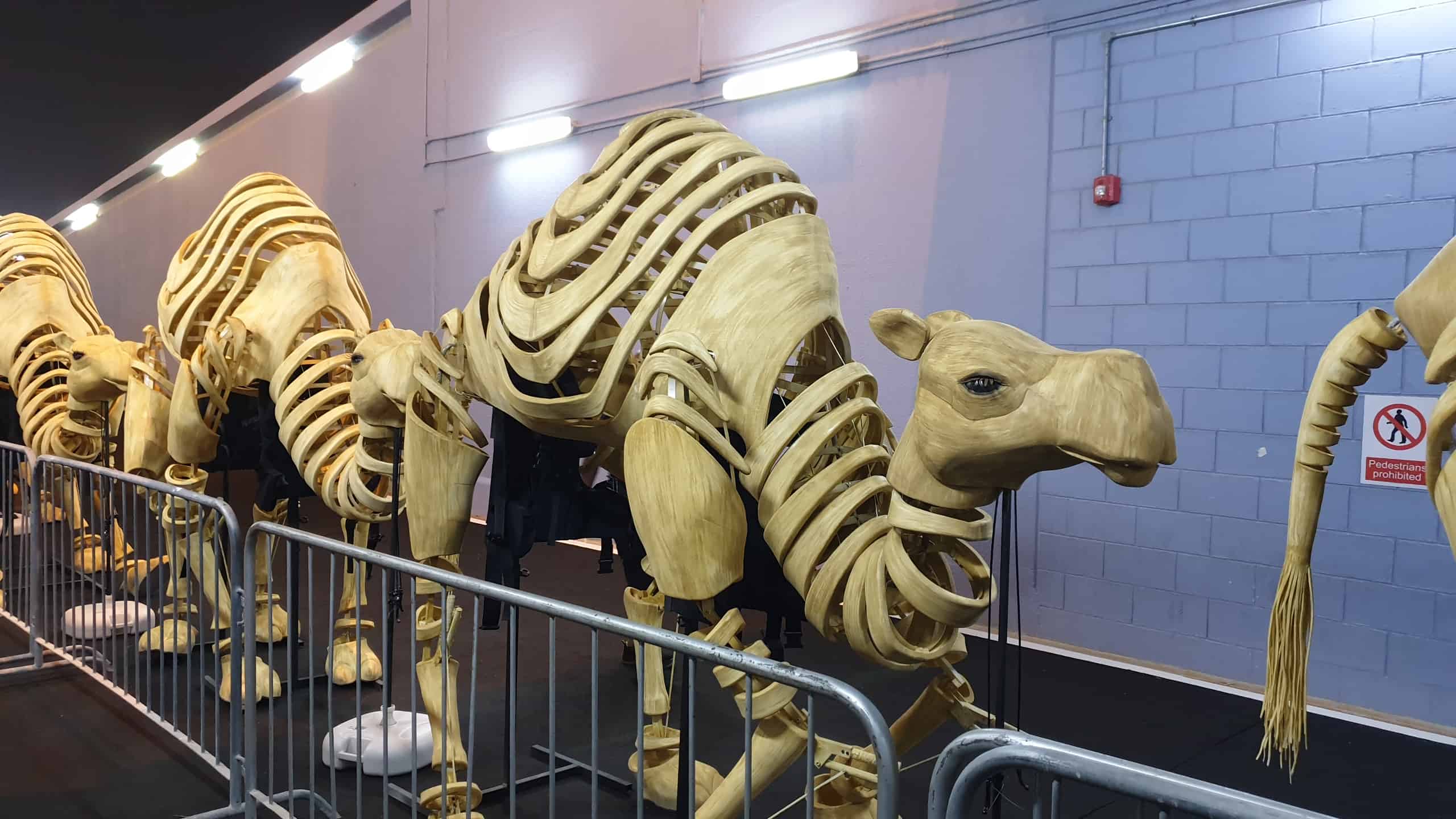 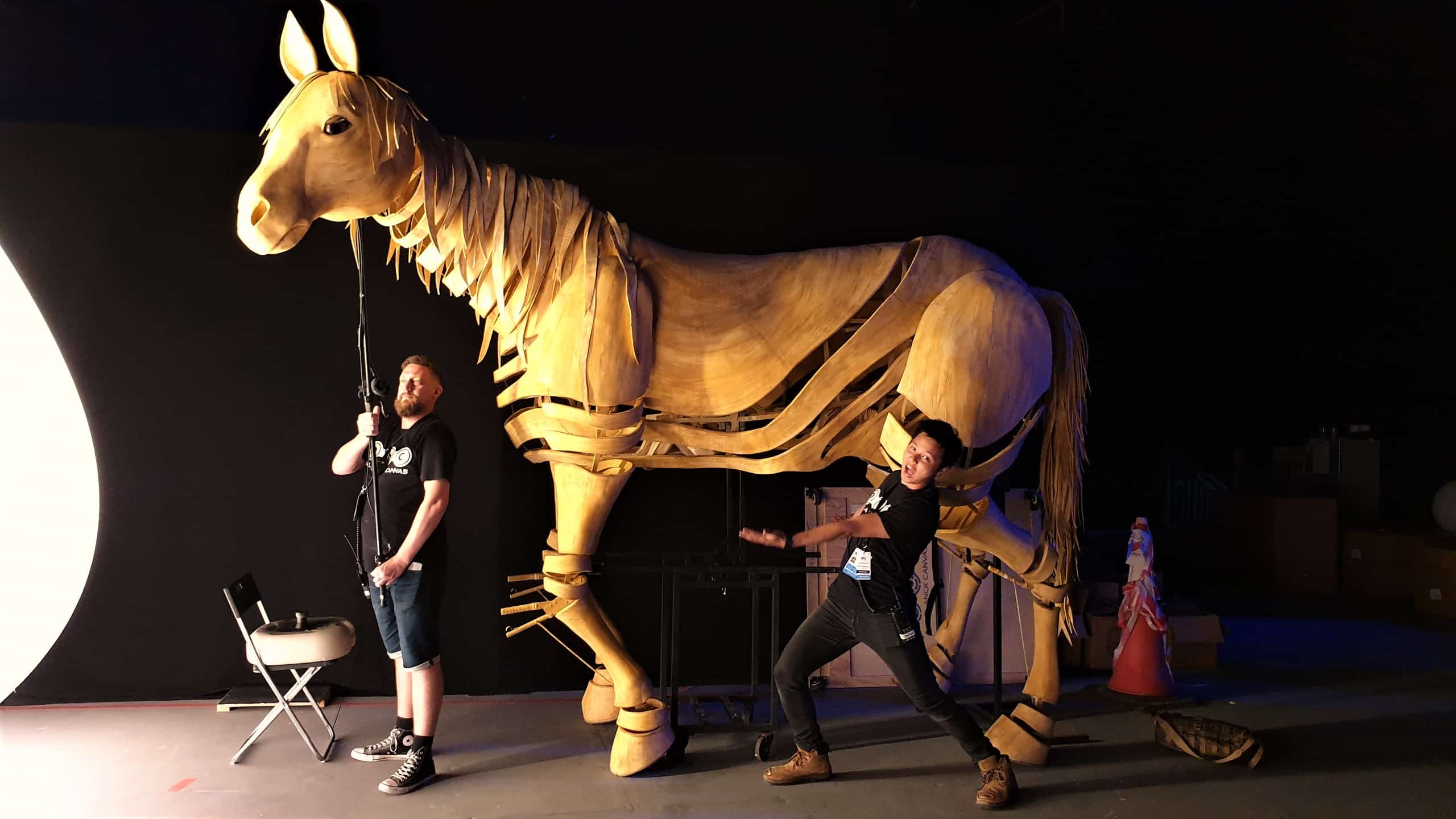 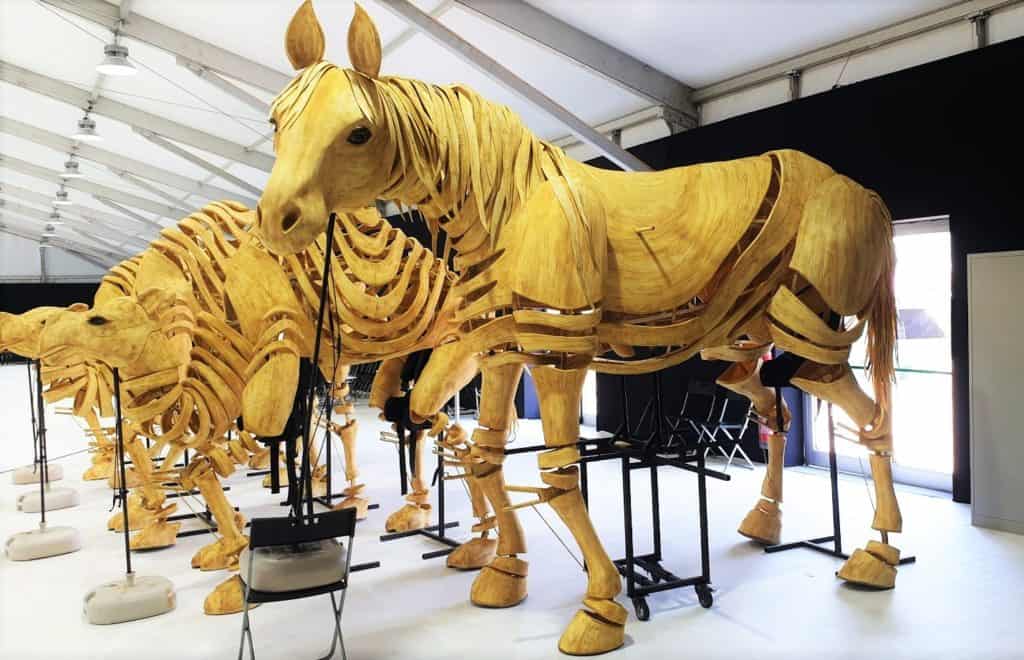 Late 2019, we flew twelve charming Camel puppets and one giant Horse puppet to Abu Dhabi for the Official 48th UAE National Day Celebration; “Legacy of Our Ancestors”. The show itself, produced by Betty Productions was rich in cultural Emirati heritage, bursting with imagination, inventiveness and proved to be a complex, sophisticated audio-visual experience.

The team at A Blanck Canvas built a 5-metre-long, 3.5-metre-tall behemoth horse which was bought to life by 5 talented puppeteers and performed to a sold-out audience of 20,000.

The horse was constructed with lightweight framing and sculpted foam, as well as being hand-painted with a wood grain finish.

The horse was engineered to have addressable ears, tail and eyelids, as well as a fluid mane and tail which effortlessly flowed as it trotted, bowed and reared on its hind legs.

We also built twelve loveable 2.5-metre-long camel puppets. They were operated by 36 Emirati performers and wandered the 10,000 square meter parametric stage before the show creating an exciting buzz within the crowds.

The camels were again constructed with lightweight framing and sculptured foam, as well as being hand-painted with a wood grain finish.

They had integrated eyelids, half-rotation ears and tail mechanisms which were activated by the puppeteers.

Fun fact: Our team also made provisions that allowed the giant horse puppet to be ridden on during performances.