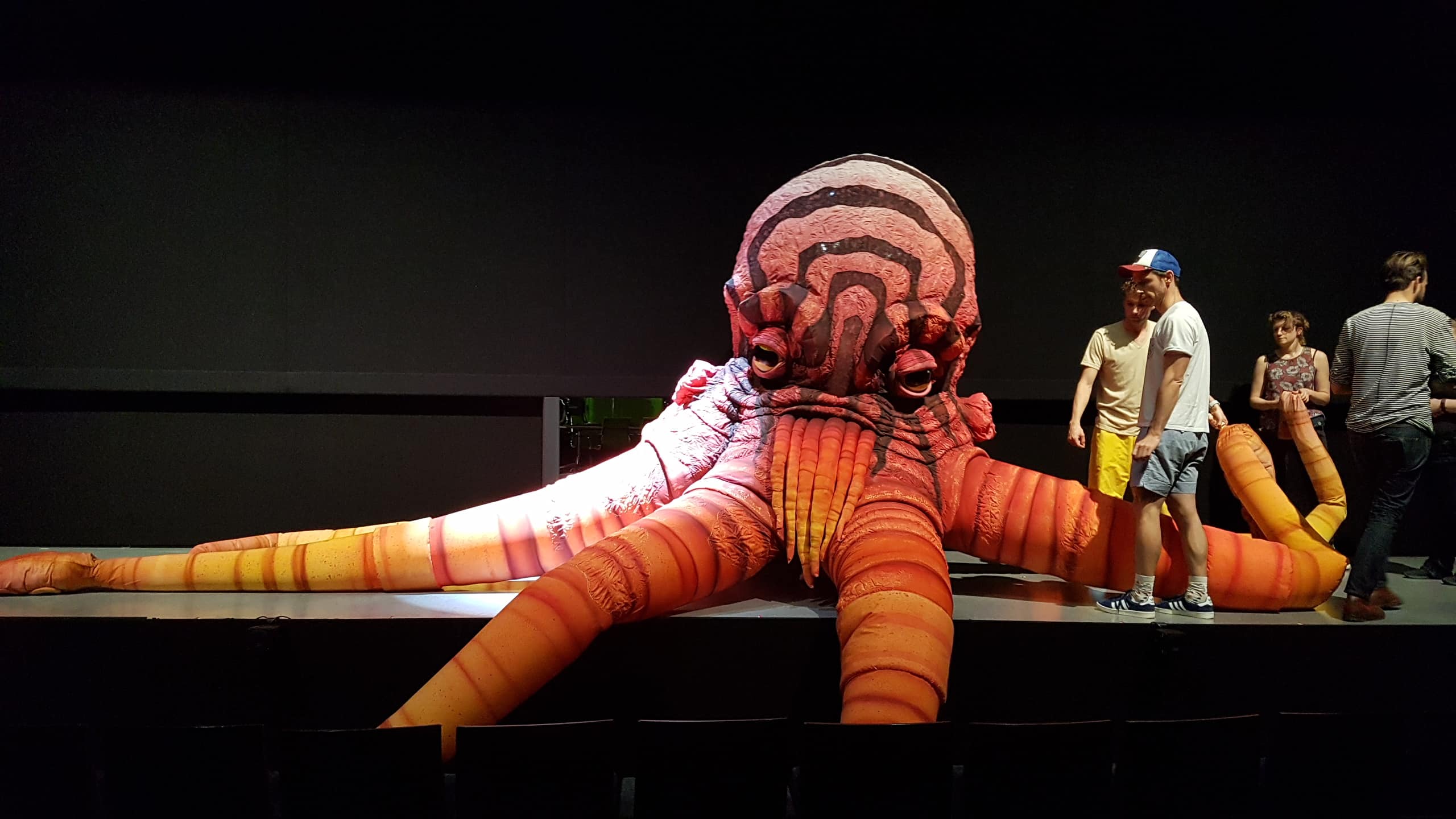 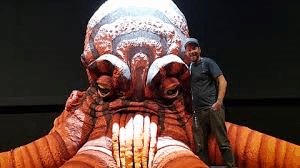 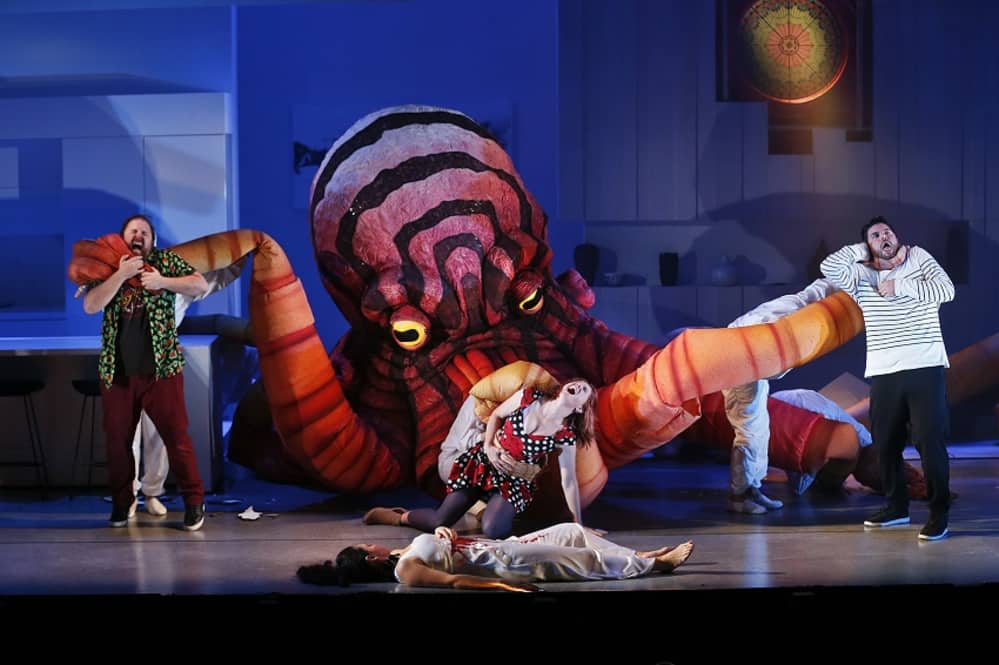 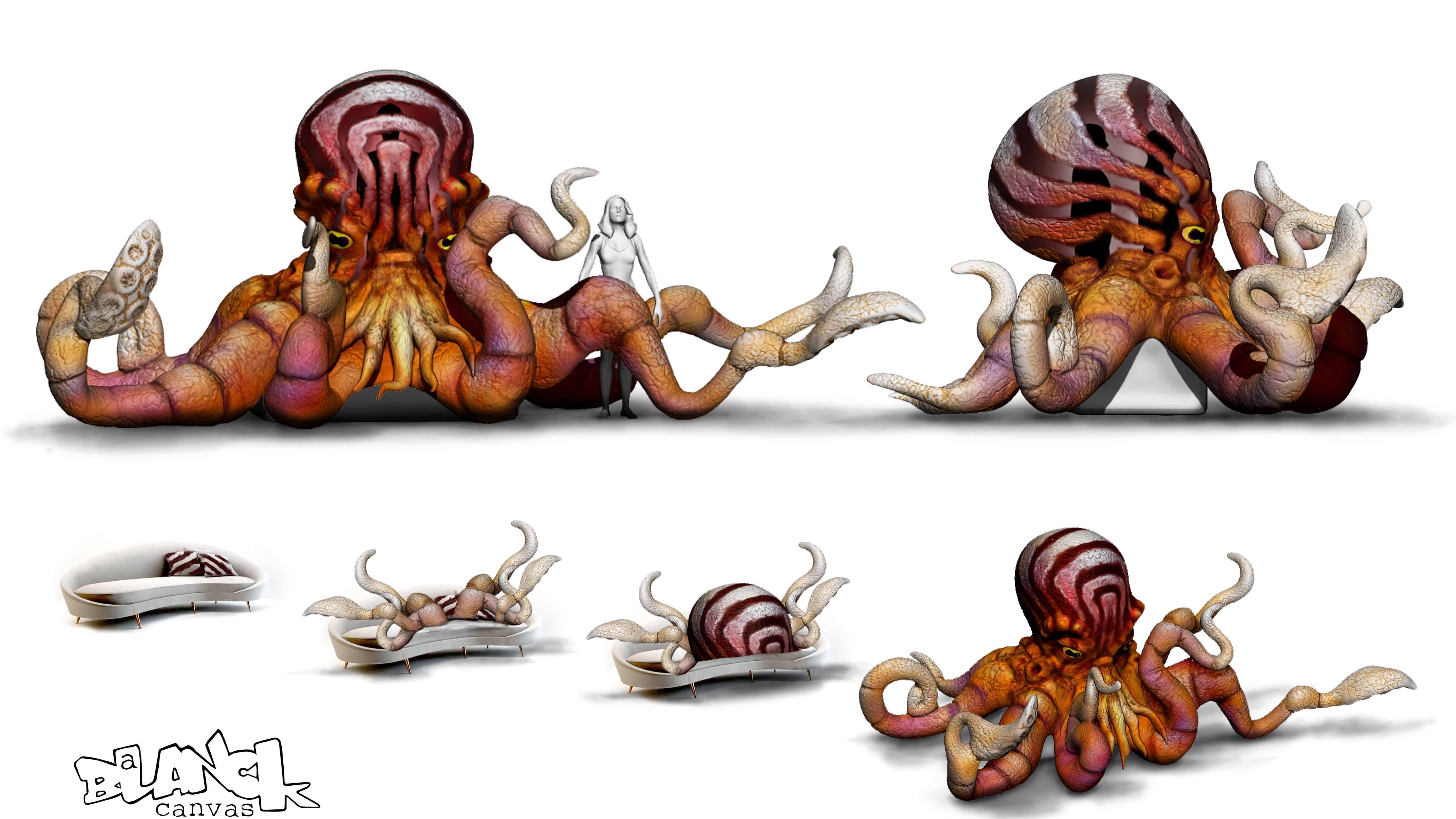 The brief was to create a giant octopus that was as large as possible whilst being able to pack down to a very small footprint, so it could emerge from inside a prop couch on stage. To achieve this, we designed and built an inflatable creature suit puppet, operated by one internal puppeteer with another 6 puppeteers on its tentacles.

The puppet had eyebrow and mouth articulation as well as moveable, illuminated eyeballs which made it very expressive. It was fabricated from textured, specially treated nylon and scenic painted to become surreally beautiful.