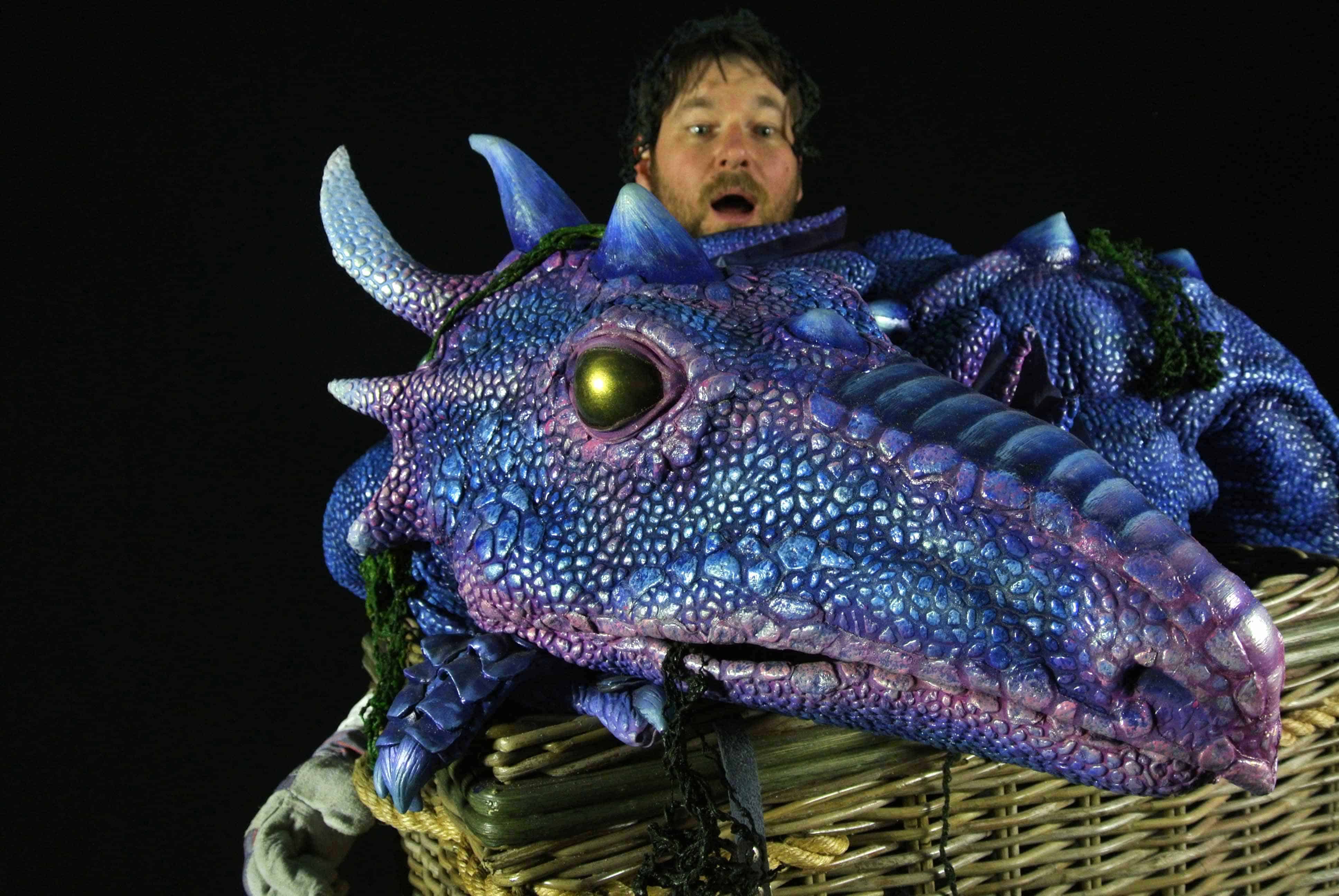 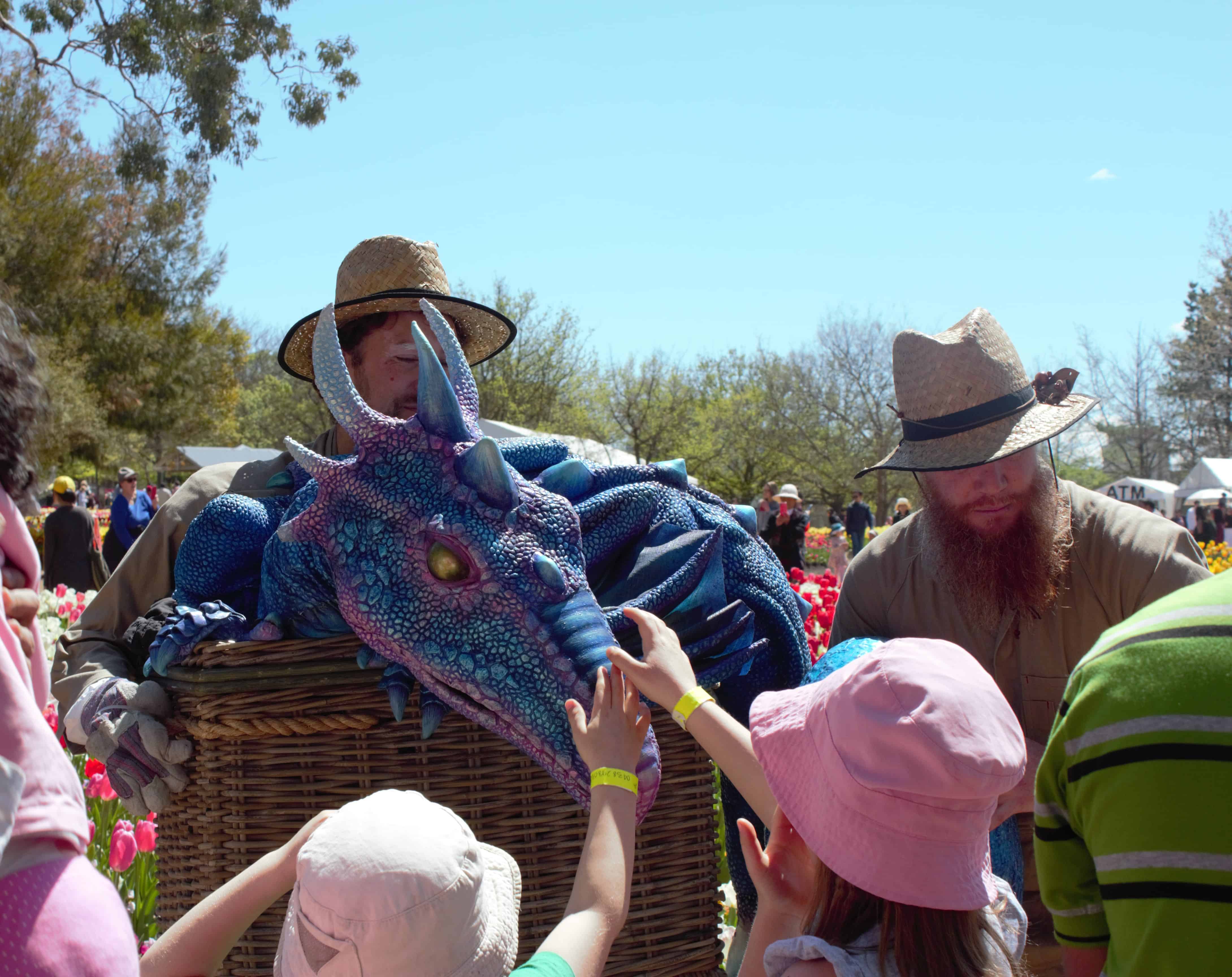 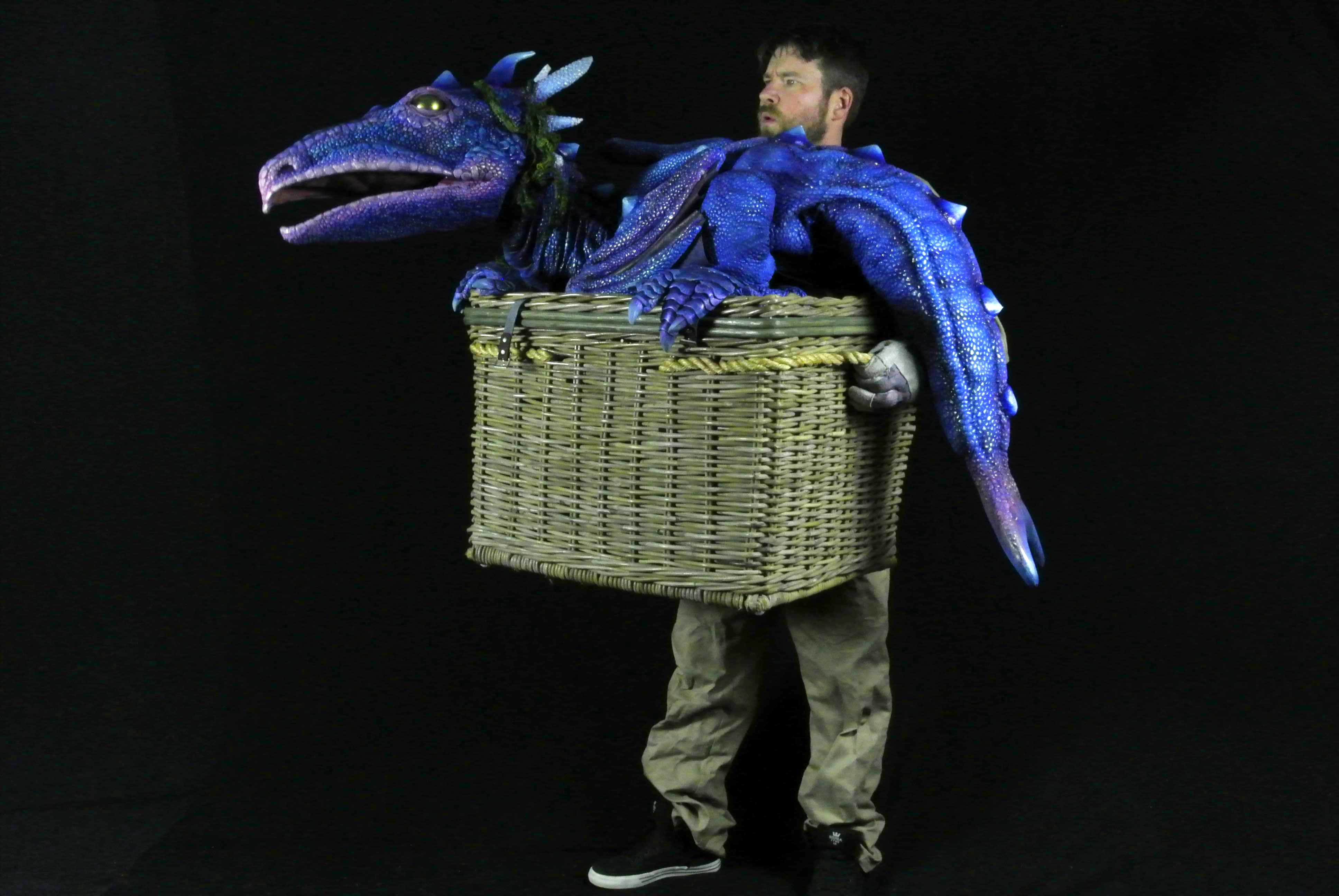 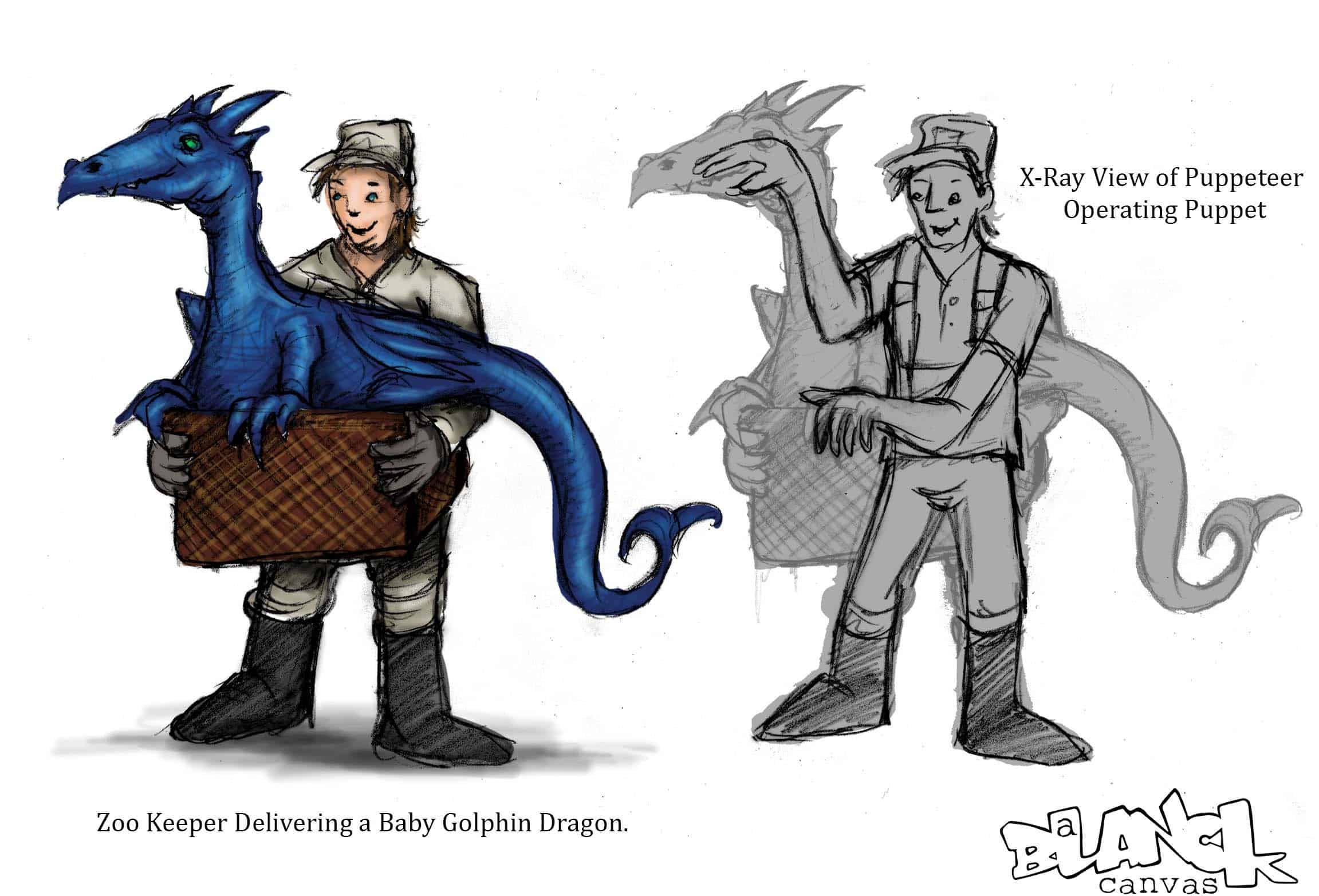 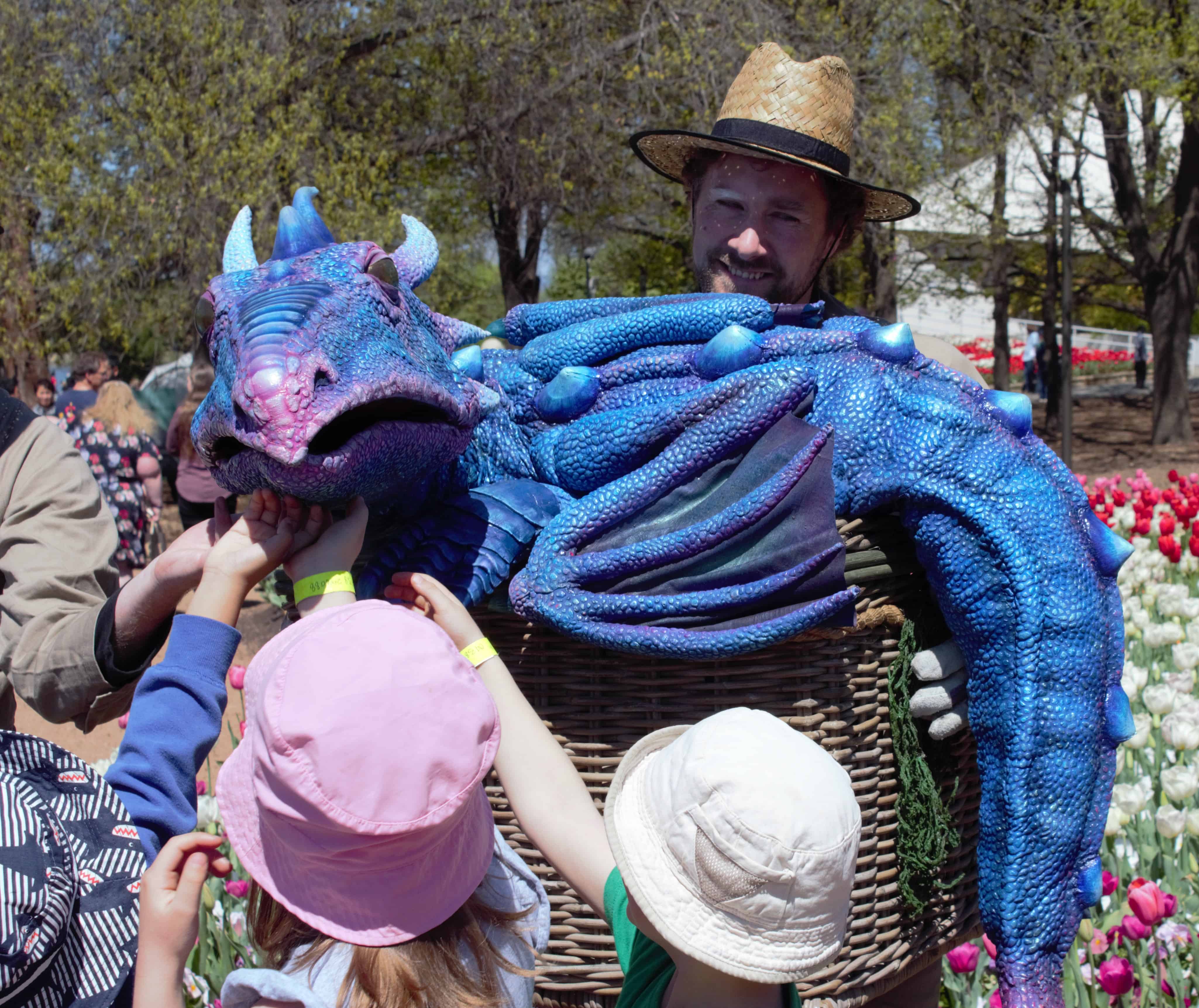 The Make-A-Wish Foundation Australia is part of a global group of not-for-profit organisations that grant unique wishes to children with life- threating illness. Make a Wish Australia approached us in 2018 regarding a wish request for a special child with a serious illness (we will call her “Monica” for privacy reasons). Monica loves dragons and wanted to meet one in person to “touch the scales”. We were excited to be a part of such a special experience and built a realistic baby dragon puppet that sits in a basket and uses fake arms as an illusion.

On a sunny day at a castle in the Basket Ranges in South Australia one of our professional puppeteers brought the dragon to life by articulating its head and neck, mouth and claw. The dragon also had a smoke mechanism in its mouth that when activated released bubble gum flavoured smoke.

Monica loved the dragon. She played catch with it, patted its realistic scales which were made from specially treated material, and took photos with it so she could remember the day her wish came true.

The baby dragon has since been spotted getting lots of attention and being a bit cheeky at the largest flower festival in the Southern Hemisphere, Canberra’s Floriade Australia Festival.