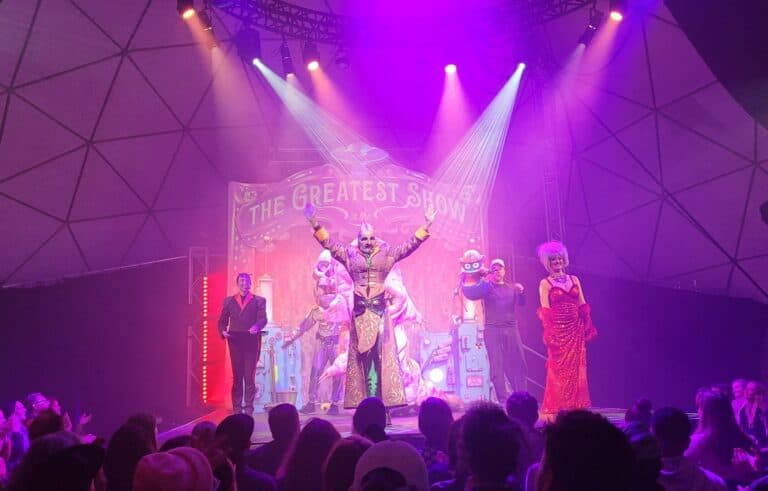 The Greatest Show in the Universe

Auditions had been held and it was time to experience….The Greatest Show in the Universe over 4 nights as part of Fringe Festival, Melbourne!!!

This Pan-Galactic variety show was hosted by the Ringmaster, an enigmatic, unpredictable alien that had been collecting amazing acts from all over the Galaxy.

All the Ringmaster had to do was transport audiences through a portal to another dimension where the acts awaited.

Well, it’s almost certain chaos and madness arose… and that’s when things at the Greatest Show became even more interesting.

Written and Performed by: Richard Mueck