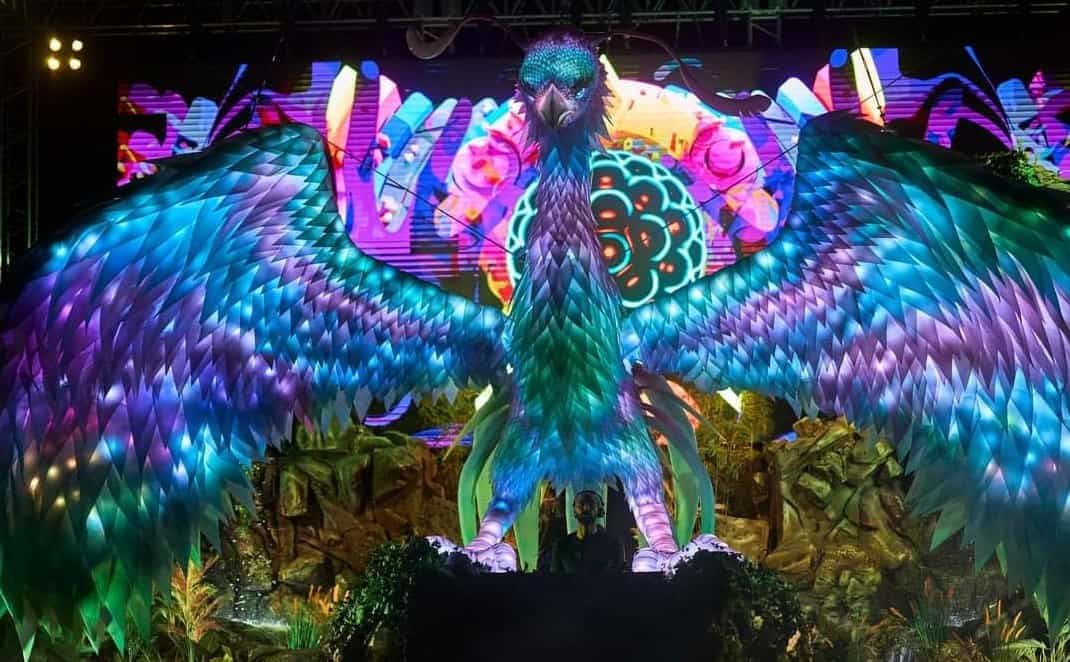 The impressive Phoenix is a 7-metre-long mythical creature installation, originally designed and built for the Main Stage at Esoteric Festival in regional Victoria. It was commissioned just before Melbourne lockdowns and premiered at Esoteric in March 2021.

The engineered frame of The Phoenix has wings that span 11 metres and are assembled from hundreds of hand-sculpted feathers. The outstretched wings slowly flap up and down using motor drives.

Scenic painted in subtle pastels, The Phoenix is beautiful during the day and at night-time approximately a thousand internal LED lights dance with programmed lighting and create mesmerising effects.