David Splatt is an internationally recognised artist known for his whimsical style of silent clowning and charming vaudevillian sensibilities. While wandering through the alleyways of the theatre world for the past two decades, Splatt has focused much of his professional life on rediscovering performance skills from a bygone era and presenting them to new and captivated audiences.

After initially training in numerous forms of traditional theatre (Swinburne Tafe) and circus arts (NICA), he went on to research various anachronistic theatrical crafts including: Commedia Dell ‘Arte, Musical Saw playing and Puppetry. Coming to an end of what he could discover on his own, he packed his suitcase and travelled abroad to Eastern Europe where he continued to study under and subsequently work alongside some of Europe’s highly regarded masters of contemporary mime and traditional marionette puppetry.

Since then, Splatt has been a Grand Finalist on Australia’s Got Talent, performed alongside the likes of Neil Gaiman and Amanda Palmer, created work for film, television, theatre and circus, as well as cofounded Melbourne based theatre company, Smallpox Theatre. Under the collective Smallpox banner he’s presented highly acclaimed and sold-out seasons of visual theatre work at both Adelaide Fringe and Melbourne Fringe, as well as been the first Australian artist in history invited to perform at not only the International Mime and Physical Theatre Festival of the Caribbean, but also the annual International Mime Festival in Warsaw.

David is currently one of less than a dozen professional puppeteers Australia wide who regularly presents and creates marionette (string puppet) work and has not only toured extensively throughout Australia, but also performed (both on street and stage), in over 15 different countries.

David Splatt will be performing Little Prince and Skeleton Dance on the Marionette Stage.

You do not want to miss this. BOOK NOW

“His experience and skill is obvious. Splatt is a master.” -The Barefoot review

“David is a world class clown, mime and marionette puppeteer who will melt your heart, and probably steal your wallet for a whisky or two at the bar. An absolute show stealer.” – Scenestr

“David Splatt slows things down with a performance that’s surprisingly touching and absolutely masterful in its construction.” – Beat Magazine

“Splatt is considered by most to be the master of Vaudeville. His tongue-in-cheek humour, coupled with his impressive skill set won my heart over instantly.” -Weekend Notes 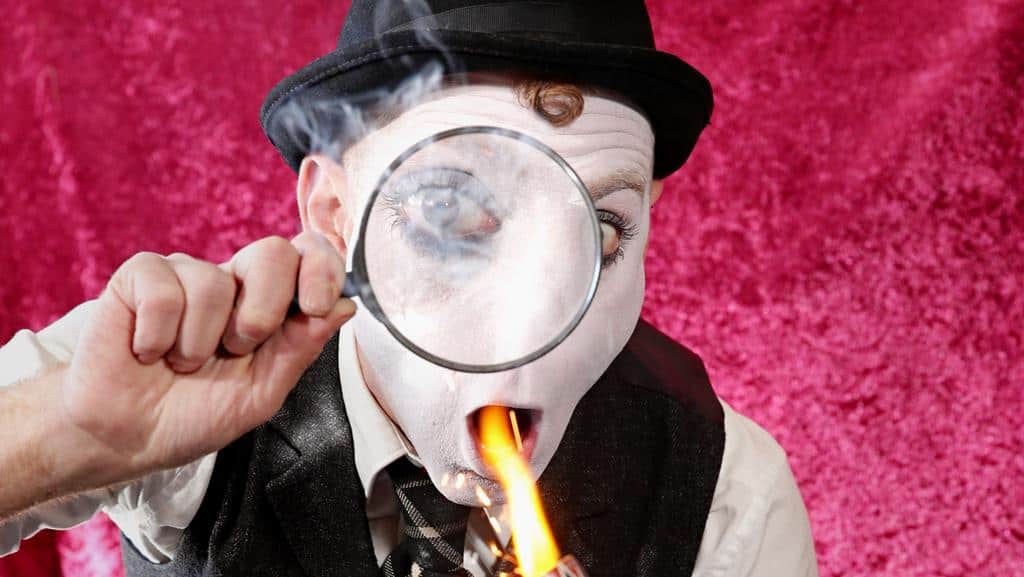